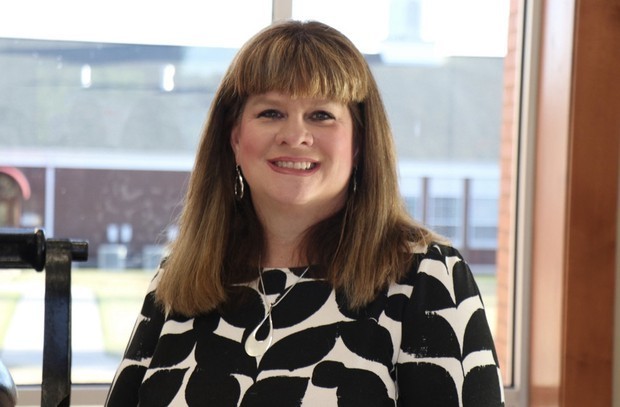 Melissa Fink was recognized April 25 with the University of Arkansas' Educational Specialist Student of the Year Award.

“It's an honor to be selected as the Education Specialist Student of the Year,” Fink said, who serves as the district’s Assistant Superintendent for Elementary Curriculum and Instruction, prekindergarten to seventh grade. “I have gotten to know other students enrolled in the program, and I have the utmost respect for all of them. To be chosen from such an elite group of educators is a very humbling experience.”

“Her work as a teacher, principal and now as an assistant superintendent has been rooted in research-based best practices that serve children and families,” Smith said of Fink.

“Her principalship at Jones Elementary is an exemplar of servant leadership that has the potential to change the trajectory of the lives of children in positive ways,” Smith said.

Fink’s advocacy for students and families beyond the borders of the school district has made her a strong ambassador for the university's mission as a land-grant institution to serve the state, she said.

“She has created strong partnerships between school, families and the community, which have resulted in the identification of service gaps that, when filled, lead in enhanced, comprehensive services,” Smith said.

Fink said she has also been accepted into the University of Arkansas's Educational Leadership Doctoral Program.

“Mrs. Fink's recent acceptance into the university's doctoral program in Educational Leadership is further evidence of the quality of her scholarship, contribution to the field and potential to continue to be an agent of positive change for the children of Arkansas and the country,” Smith said.